France and Belgium ensured that there will be a European World Cup winner this year as they both eliminated the last two teams from outside of Europe. Ironically, the latest victims of  Russia 2018’s shellshocks were two of South America’s greatest teams: Uruguay and Brazil. Both victors have earned themselves a semifinal fixture against each other, a match Thierry Henry will be looking forward to (…or probably not).

France and Uruguay opened the day’s proceedings in the first quarterfinal. The French were highly confident after defeating another South American giant, Argentina, in the previous round. On the other hand, Uruguay were missing their hero from the Round of 16 as Edinson Cavani was ruled out with a calf injury. Ronaldo walked him off the pitch, remember? Cavani’s absence proved costly as La Celeste lacked a target man up front. Luis Suarez and Christian Stuani didn’t seem to be on the same wavelength, and their build-ups kept deflating in the final third.

The deadlock was broken five minutes before the break when Rafael Varane connected with Antoine Griezmann’s free-kick from the right flank, and stormed his header past Muslera in goal. That was just the second goal that Uruguay had conceded in the tournament. It was very unlike them, too, conceding from an airborne ball. We usually expect Godin and Jiminez to deal with those. They pushed for an equalizer though, and almost got it when Martin Caceres’ header from a free-kick was directed towards goal but was brilliantly saved by Hugo Lloris, and Godin skied the rebound into the crowd behind the net. France went into the break as leaders. 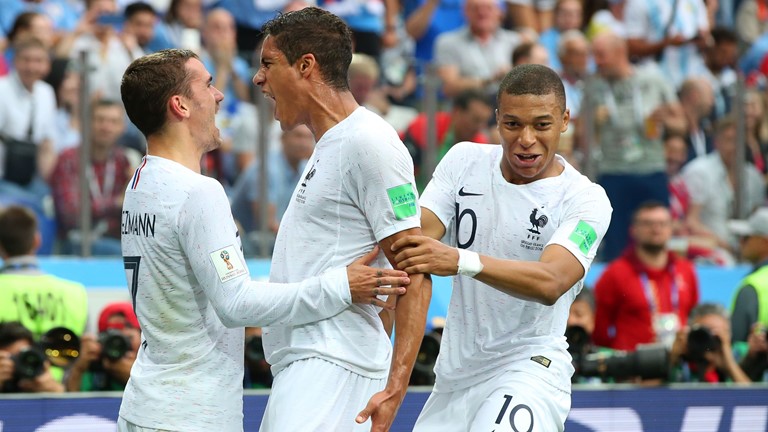 Things got from bad to worse for the Uruguayans in the 61st minute when Muslera fumbled Griezmann’s shot from 20 yards out and the ball found itself at the back of the net. We have seen some shocking goalkeeping from big keepers in this tournament, but that has to go down as the worst. It was a nightmare. But the French loved it, though. They gladly accepted the early Christmas gift.

Now, as we’ve seen from Colombia (against England), South American teams love a bit of non-football action. I think you know what that means. A melee broke out after Kylian Mbappe dove to the floor when he was barely touched by Christian Rodriguez. We’ve some ridiculous playing-acting and rolling from Neymar in this tournament, but we surely didn’t expect it from Mbappe. Is that what they do in PSG training sessions?

Uruguay then looked to weary to spark any form of a comeback and France held on to send them through to their first semifinal since 2006. In that year, they went on to reach the final before losing to Italy on penalties. Are we going to see a repeat of a defeat? Or a victory for history? You just never know what this truly astonishing World Cup can bring.

In the second semifinal, Brazil were the favourites to advance and play France in a World Cup for the first time since 2006. Twelve years ago, when both teams met in the quarterfinal, a certain Thierry Henry scored the winner. Guess who’s in the Belgium dugout as assistant coach today? You got it – Thierry Henry. The French influence was in full effect in a team sprinkled with native Frenchmen, such as Eden Hazard. Belgium’s head coach, Roberto Martinez, took quite a gamble by leaving Moussa Dembele on the bench and dropping Yannick Carrasco for Nacer Chadli. This decision raised a lot of eyebrows among Belgian fans everywhere.

Brazil almost took an early lead when Thiago Silva’s scoffed shot came off the post and into the hands of Courtois. That signaled a good start for the Samba Boys and something to build upon. But Belgium went in front after just 13 minutes when Brazil’s Fernandinho deflected De Bruyne’s corner into his own net. Yet another own goal in this tournament. It’s becoming a trend, isn’t it? At least one in each round. Expect more in the rounds to come. The Brazilians fought their way forward for an equalizer, but poor finishing from Gabriel Jesus and a solid Belgian defence ensured that Neymar and co. remained at bay.

OWN-GOAL TO WIN THE GOLDEN BOOT?
.
Fernandinho’s own-goal now extends World Cup 2018’s record to 11, the most in any World Cup tournament in history.

The Belgians soon doubled their lead after Romelu Lukaku stormed his way from his own box through midfield and laid the ball off to De Bruyne, who released a belter into the left corner. Brazil were shellshocked. Belgium were delirious. In fact, we all were. 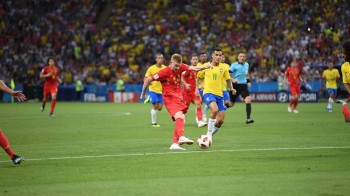 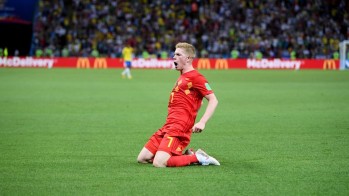 Despite many attempts to get themselves back into the game, as well as having two penalty shouts waved away, Brazil seemed lifeless. However, they did find a goal in the 76th minute through Renato Augusto’s header from Coutinho’s marvelous cross. But it proved to be just a consolation as the South Americans bowed out at the quarterfinal stage for the third time in four consecutive World Cups (2006, 2010, 2018). 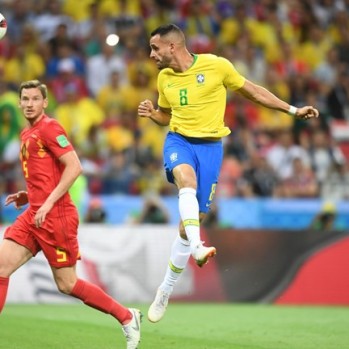 THE DAVIDS SLAYED THE GOLIATHS

For the first time in history, there will be a semi-final without Germany, Brazil or Argentina. Unbelievable.

Martinez’s gamble did the trick for him and Belgium, but would it work against the French? That would be a thrilling game to watch. You must wonder what Henry will do if Belgium score against France. Or even better, if France score. We’re in for a blockbuster of a semifinal!