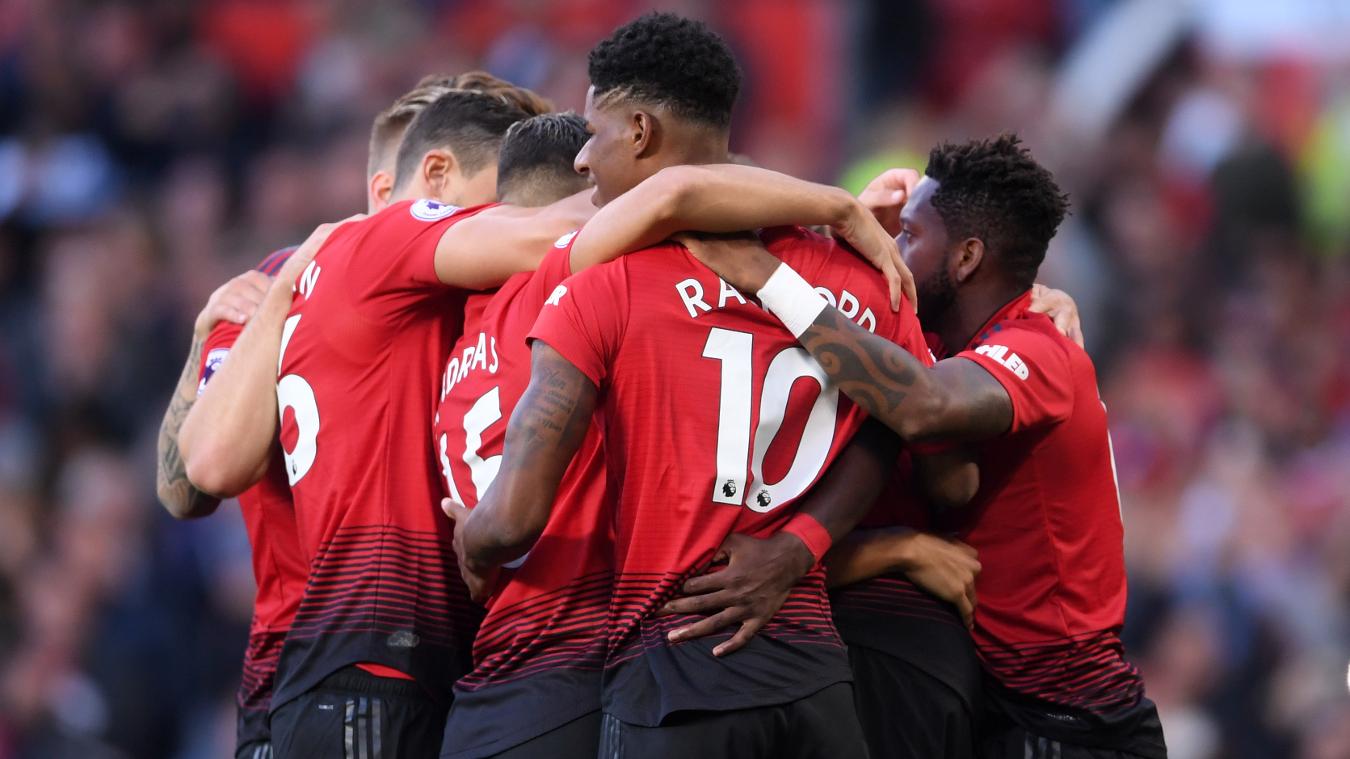 Manchester United edged Leicester City in the Premier League’s opening game at Old Trafford this evening, with Paul Pogba and Luke Shaw scoring for the Red Devils before Jamie Vardy’s consolation late on.

Despite a difficult pre-season, United put on a delightful display for the Old Trafford faithful and the opening day win gave the fans something to believe in for the new season. Jose Mourinho’s gamble to play Paul Pogba paid off as the World Cup winner blasted United in front with a penalty as early as the 3rd minute. Pogba had a pretty good performance throughout the game and showed few signs of holiday rust. He was definitely United’s best player today.

New signing, Fred, was also decent on his Premier League debut. He could prove to be a very important player for Mourinho this season, particularly in the Champions League. Jose would need a deep squad if he wants to compete in all four competitions that they’re in, and he’d need his best players fit for Europe’s most elite tournament.

Luke Shaw was, probably, the surprise package today. He looked fitter and sharper than ever. His touches were exquisite (most times) and he did well to stifle Ricardo on his side of the pitch. Going forward, he was a menace and deserved his goal in the end.

As a team, United were pretty solid. They forced Leicester to play the ball backwards and sideways many times, giving De Gea very little to do. The players on the pitch provided a glimpse of what they’re capable of as an “unprepared” team. If this was “unprepared” (as Jose suggested), imagine what a full-strength United side can do.

For Leicester, debutant James Maddison was absolutely brilliant. He ran at United’s defence and tested their strength at the back. Had Eric Bailly not been as good as he was today, Maddison would have definitely been on the scoresheet.

Demari Gray was also a threat. Matteo Darmian struggled to deal with his pace and footwork out wide, but his work from the flank was made futile by the lack of attacking options in the box. Leicester didn’t really look genuinely menacing in the attacking third until Jamie Vardy came onto the pitch.

Man United did well to contain the Foxes and smartly earn the three points. It wasn’t a convincing start to the season, but it was definitely something to build upon. Now that the transfer window is closed, it will be interesting to see how Mourinho works with this squad that he has. Let’s hope there won’t be too much moping and outcries to the media this season. But then again, it wouldn’t be Mourinho if those were absent.

“It’s a good start to the Premier League. It was a match where I needed six changes, not three, but I couldn’t do that so it wasn’t easy to manage the game. We had good periods and lots of glimpses of the football we want to try to play”.

United’s trip to Brighton next weekend may give us a better representation of Mourinho’s brand of football for this season, as he should have all of his key players back in the team. Every United fan would like to see some exciting football at some point. Boring 1-0’s or 2-1’s may not be what the crowd wants to see, but Jose was never one to change his philosophy for anyone and the players are fighting for him.