If you’re a real football fan, you’d know that it’s not wise to believe everything that you see online. Most of the content aren’t usually true, and it’s no different when it comes to leaked football kits. However, while it’s safe to take kit leaks with a pinch of salt, in recent years, viral kit leaks have been accurate to the real thing. The leaked kits of Chelsea, Manchester City, Manchester United and Arsenal have all turned out to be accurate over the past four years.

This now raises the concern about this Manchester United home kit that was leaked yesterday. If this does turn out to be the Red Devils’ kit for next season, well United fans may be have a lot to say. Waiting and hoping for a better away kit would, most likely, be what they’d be left to do.

This aledged Man Utd 18/19 shirt evades the traditional Man Utd colours of red and white; introducing a new black trim. The black gradient at the bottom looks like something a Sunday league team would wear to training. Adidas may really now be trying to get innovative with their kits next season after being criticised of “copy and pasting” designs to different club and national team jerseys, but a design like this could very well send them back to the drawing board. 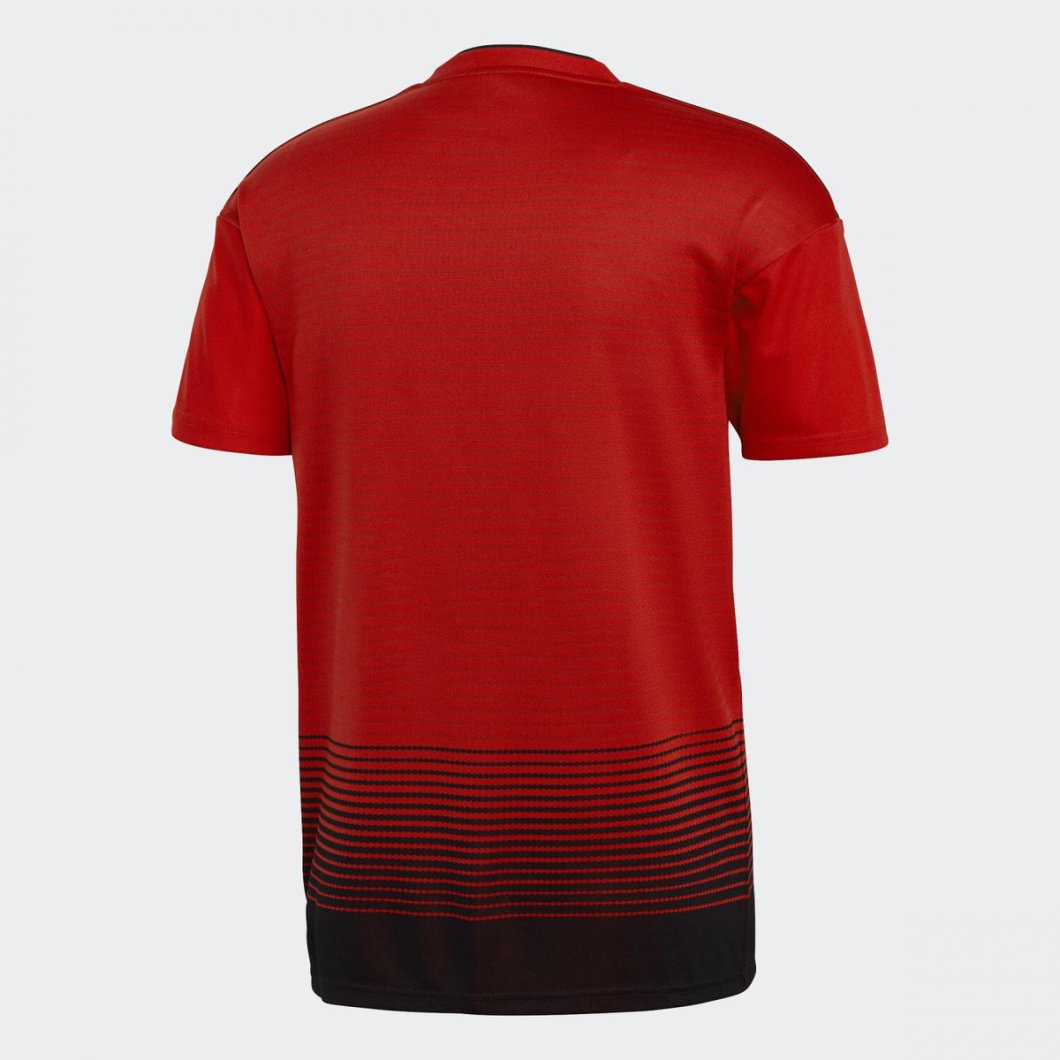 But sometimes kits grow on you, so this leak (if official) may have a slow romance with the Old Trafford faithful. After all, I’ve grown fond of Chelsea’s 18/19 home kit, which I hated at first. While romance devlops over time, first impressions definitely do count, and this surely doesn’t impress anyone.

What are your thoughts on Man Utd’s leaked kit? Comment below.